Westminister Rockford > General > Is There a Difference between Preschool and Nursery?

Is There a Difference between Preschool and Nursery? 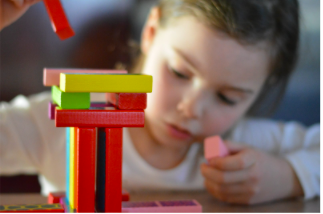 The terms preschool and nursery can be confusing, especially for parents who are sending their child away from home for the first time. While preschool remains optional in Singapore, many parents are enrolling their children for various reasons. For some, it offers their little ones an opportunity to socialize with other children, while other parents are looking for a place where their children will be cared for as they run errands or go to work. However, how do preschools differ from nursery school Singapore? Read ore about nurseries in Singapore here.

Most nursery schools enrol children between three and six years of age. Most children progress from preschool, which is often known as playgroup, where play is the focus. Once they come of age, these children move on to kindergarten for introduction into formal education.

Nurseries, on the other hand, offer three-hour programmes on weekdays. Kindergartens have the freedom to determine their school programs. Most Nurseries run between 8 am and 11 am, but others also offer services between 12 pm and 3 pm.

The reason for the shorter schedule in nursery schools compared to preschools is the three hours are spent learning, as opposed to preschools, where play and siesta are included in the preschool program.

Although many preschools focus on play, children still gain some skills and education during the period they are in school. Some preschools have even adopted kindergarten curricula to attract parents who are hesitant to move their children from one facility to a nursery school Singapore.

However, even for preschools with kindergarten curricula, education is slightly different because most use a mixed approach, both play and academic-based education. Nursery schools, on the other hand, focus on performance, and the foundation to formal education. So, the program has an academic focus.

Nursery school Singapore follows the term program designed by MOE. This means nursery school children go on holiday at the same time as those in primary and secondary school. They also stay home during public holidays.

Preschools, on the other hand, have greater independence when coming up with the preschool program. Some remain open during public holidays, usually offering half-day programs.

Since children only attend kindergarten for only three hours, most nursery schools only provide a light snack between lessons. On the other hand, Preschools provide at least two major meals, usually breakfast and luck, as well as a midmorning and midafternoon snack, depending on whether the preschooler is attending the half-day or full-day program.